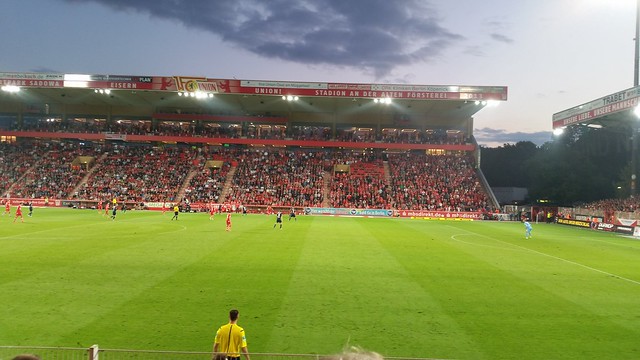 RB Leipzig have provided an injection of life into the Bundesliga, even threatening to put pressure on Bayern Munich’s stranglehold on Germany’s top flight. Ralph Hasenhuttl’s men have risen from the lower rungs of the domestic ladder and are putting in a serious challenge to secure a place in the Champions League next season in their first year in the top division.

The club’s ascension has not been very popular in the country but the added competition they have brought to the Bundesliga in such a short space of time has managed to win over many of their detractors.

Due to their fine form this term, Leipzig are currently backed at 1/100 in the latest Bundesliga betting odds to secure a place in the top four and qualify for Europe’s elite competition next term.

The most impressive feature of Hassenhuttl’s men has been their desire to go out and attempt to win all their matches instead of settling for draws against the more established sides in the division. That attitude was clear from the off when they claimed a come-from-behind point on the opening day of the season against Hoffenheim, with Marcel Sabitzer scoring a last-minute equaliser.

Leipzig showed no fear or respect for one of the league’s dominant sides Borussia Dortmund in their first home match of the campaign. They matched Thomas Tuchel’s team stride for stride in the contest before Naby Keita scored in the 89th minute to snatch the three points – securing the club’s first victory in the top flight.

Their early season form was not just a flash in the pan as Hasenhuttl’s men knocked off Bayer Leverkusen on the road, despite trailing twice in the contest. Their strong spirit shone through late in the match once again as Willi Orban notched the winner nine minutes from time.

The biggest test of their character would be the response to their first defeat of the campaign. Leipzig’s unbeaten run came to an end in surprising circumstances at the hands of lowly FC Ingolstadt 14 matches into the term as Roger scored the only goal of the game.

Leipzig were given a tough task to respond in their next outing against Hertha Berlin, but they produced a fine display to defeat them 2-0 at the Red Bull Arena thanks to goals by Timo Werner and Orban.

Their first clash of the campaign against Bayern proved to be a bridge too far for Hasenhuttl’s men as they were hammered 3-0 at the Allianz Arena. However, their response was strong once again, producing back-to-back wins, including a 2-1 triumph over Hoffenheim which ended their impressive 18-match unbeaten run.

Leipzig remain on the heels of Bayern and their resilience has proven that they will be going nowhere soon, providing a legitimate contender for the Bundesliga crown. It may not be enough to overhaul the Bavaria-based outfit at the top of the table, but their presence alone suggests that the race for the title will be competitive now and will only intensify in the future.